Luke Lamprecht
Luke is a Child Protection and Development Specialist completing his MSc in Neurodevelopment at Wits within the Departments of Pediatrics and Pathology. He has worked with organisations including Lefika La Phodiso: The Art Therapy Centre, The Teddy Bear Clinic, Johannesburg Child Welfare, Childline, Bigshoes and the Johannesburg Parent and Child Counseling Centre. He is a director at Fight With Insight: a boxing gym where he coaches inner-city children. As a Child Protection and Development Specialist, he convenes the Johannesburg Child Advocacy Forum and regularly consults on various child protection issues around the country.

Talia-Jade Magnes
Talia is a Child Protection Advocate who has spent years working within the legal social work system, aimed at supporting and caring for abused and vulnerable children. She teaches yoga & mindfulness to the children at Fight With Insight, in the inner city of Johannesburg, she is the play therapist and social worker at Hearts of Hope Children's Home, and she runs her own yoga and yoga therapy healing space, in Johannesburg. She believes strongly in accessing the potential of every human being and is dedicated to healing, one child at a time.

Professor Lorna Jacklin
Lorna Jacklin is an Adjunct Professor in Paediatrics and a neurodevelopmental specialist. Her primary interests include children with developmental delays and disabilities, including Autistic Spectrum Disorder, visual impairments and child abuse. Professor Lorna Jacklin helped to establish the Children’s Disability Centre in 1983, and was awarded the 2009 Inyathelo Award for Philanthropy in Health. Helping special needs children was only the starting point, however, as Jacklin launched The Teddy Bear Clinic in 1986. This has been instrumental in assisting children who have been abused as well as providing assistance and counselling to their families.

Pieter van Niekerk
Pieter has over 30 years litigation experience and was voted best lawyer in the category: Arbitration and Litigation, in Business Day’s Business Law and Tax Review. Pieter is a Managing Partner at Eversheds Sutherland. He has served as an Assessor in the High Court and as a Commissioner of the Small Claims Court. He has also acted as a mediator and arbitrator in commercial, labour and matrimonial disputes and has received a band 3 rating for Dispute Resolution Lawyers in South Africa and is listed in the Chambers Legal Directory. Pieter headed the legal team that one billion rand in settlement of a case of breach of contract, in favour of two pension funds- this is believed to be one of the largest settlement awards in South African legal history. 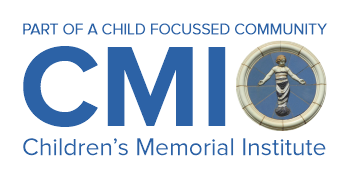