About the #IAm Campaign

The #IAM Campaign was conceptualized and implemented as a means of getting people to think about the actual names and faces behind the abuse and murder statistics faced by our communities.

We have found that South Africa’s annual Child Protection Week, is most often filled with pledges of support and articles that shed light on the broad realities of deprivation and abuse that our children face.

However, in 2018, Babies Matter aimed to bring attention not just to the broader context, but to the specific stories that lie unknown to the general public. We wanted to give our children a voice. We wanted our deceased and murdered children to tell their stories, as if they were still here. For the babies who have died and been forgotten, to have a platform where their lives can have some meaning, other than the few unnoticed breathes they may have taken before their death. We wanted our children who have been abused to be granted the space to share in their otherwise silenced pain. We wanted their stories to be heard.

Selectively, we chose eight stories, one for each day of Child Protection Week 2018. Ranging from concealment of birth and abandonment, to brutal murder, we told the stories of eight significant children.

The Children’s Memorial Institute was chosen as the venue for the unveiling of the campaign. A building that, over decades, has provided medical, educational, and psychological care for children in need. A building that was built as a children’s hospital, and has cared for thousands of children since its opening in 1923. The event began with the help of volunteers who planted flowers in the institute’s courtyard and created a memorial wall of butterflies, in memory of the souls who have been lost or destroyed. A memorial gallery was unveiled by our founder, Luke Lamprecht, where the stories of our children were laid bare.

Speakers from various organisations connected to Babies Matter shared some of their own difficult stories.

A very meaningful and solemn start to Child Protection Week 2018 began, with the question being asked; ‘Do Babies [and children] Matter?’. 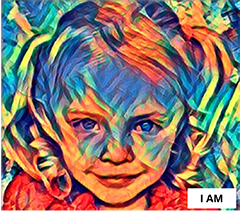 #IAm Patricia, I was three when I died. The abuse started as soon as my step-father moved in with us.

He would throw me against walls when he got angry.

He kicked me in the stomach.

Once, my mom threw me from my bedroom because I wet the bed, I landed on something hard and my body hurt for a long time. Even though they knew, no one in authority wanted to help. After I died, the experts said that almost every inch of my body was bruised.

#IAm Patricia. I am dead.

#IAm Ryan. When I was six years old my father killed my mother I sat in the corner of the room, closed my eyes, and covered my ears I tried not to hear anything, but the punching was quite loud The pathologist said that my mom’s insides were so badly wounded that it looked as if she had been hit by a bus. My father was never prosecuted.

#IAm Ryan, my mother is dead, I can never forget how it happened 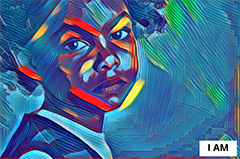 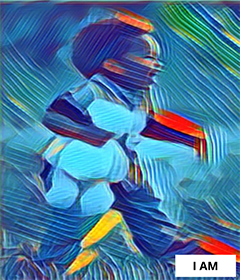 #IAm Jordan. I was three years old when I died. My step-father beat me up, and my mother did nothing.

He hit me on the head and I started to bleed.

He put me in boiling water and burnt my whole body.

The water cooked my nailbeds and my feet.

Then someone redressed me in my pyjamas and put me back to bed. The pain was unbearable and I died the next day.

My mother was frightened when she heard me cry.

She thought the pills she had taken would make me die, but I had fought for life.

She picked me up for a moment, one small touch of warm hands. Then she placed me in the pit latrine.

I drowned in the water and the filth. 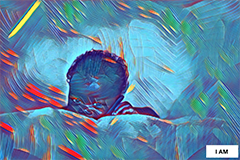